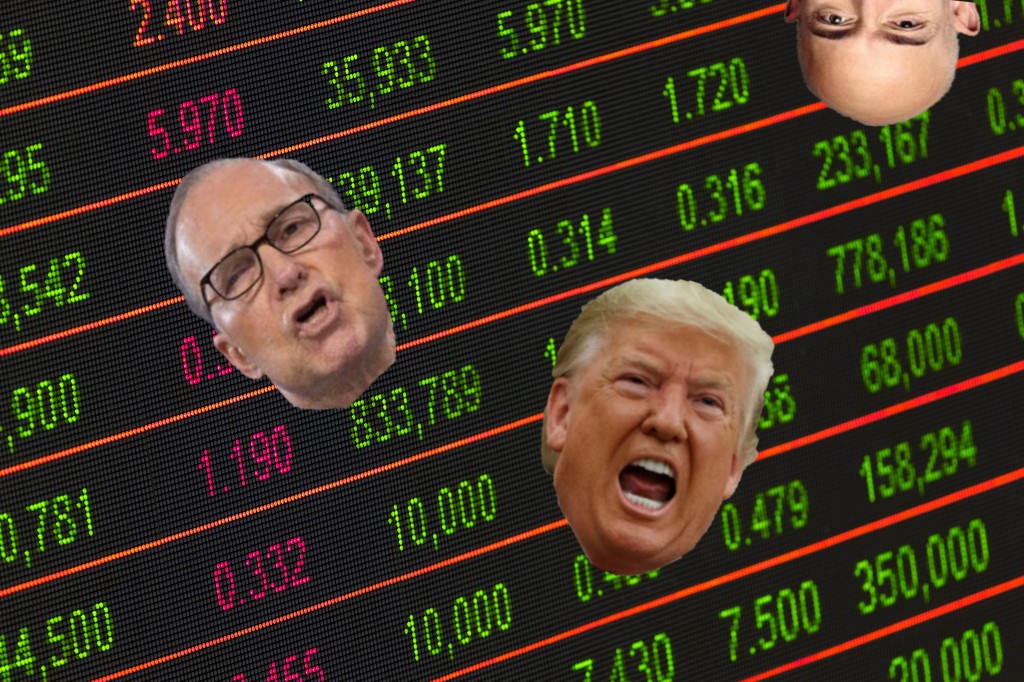 I have a theory that Trump’s Director of the National Economic Council, Larry Kudlow, is actually actor Richard Jenkins playing an elaborate role. If this sounds crazy to you, please observe the following image:

They also sound identical. Every time I hear Kudlow speak, I think of the movie Step Brothers. In addition to looking and sounding alike, I am willing to wager that Kudlow and Jenkins share a poor understanding of statistics. This is not meant to be a slight against Jenkins, who is an accomplished actor and thus probably does not use a lot of statistics at the office.

Kudlow, however, is the Director of the aforementioned National Economic Council, an institution whose purpose is to advise the President of the United States on all matters of the economy. Broadly speaking, economics is only really useful when we analyze and interpret economic data through the lens of statistics. This intersection of econ and stats is called econometrics, and it is the bane of university students everywhere.

Kudlow, a clueless fuckwit who majored in history before dropping out of graduate school, seems to struggle with the concept. Take, for instance, this recent video of Kudlow arrogantly bragging about the strength of the markets and how these gains have affected the wealth of regular Americans. Below is a brief transcript from that video detailing his sauciest, most absurd claim:

Forty-seven percent! Not bad – maybe the storied Trump Economy that Donnie and Co. are always banging on about is actually working wonders for everyone. Or maybe Kudlow is deliberately whiffing this analysis for the express purpose of spinning propaganda for his boss. Or maybe he is just a moron with such a slipshod understanding of basic statistics that he actually believes the ridiculous conclusion he is implying. Possibly both, I’m honestly not sure. But I am sure that if Kudlow made the above assessment on an econometrics exam, he would fail.

If you have $1 and you find two quarters in the couch cushions, your wealth has increased by fifty percent. Similarly, if you control 1.13% of the wealth in a given economy, and then over the course of three years see that percentage rise to 1.67%, then your total wealth has increased by a whopping 47%. In both instances, this increase is marginal because you are still really fucking poor.

This fun little chart nicely visualizes the disparity. Both the Top 1% and the Bottom 50 have seen gains since 2016, but because the Bottom 50 controls such a laughably tiny amount, their gains are virtually indistinguishable in the graph. On the flipside, even though the 1% technically increased their net wealth by a much smaller percentage than the poor folk, their gains are visually well-represented since a small percentage of a big number is more than a large percentage of a small number. While Kudlow admits as much in that video, he immediately continues spinning the 47% increase as a big deal, which, as you can see below, is even more condescending and horseshit when you compare these dollar increases to the percent share of total wealth.

Here are the actual growth numbers from the Federal Reserve. As you can see, Kudlow has undersold the dollar gains of the 1% by a little more than seven points. Surprisingly, he did not round the 47% increase “enjoyed” by the bottom half up to a nice, even 48. No matter – the right-hand columns are far more telling than the story on the left. In addition to being an impossibly small increase in terms of dollar amount, the 47% Kudlow is bragging about only translates to a tiny point-four percent increase in the bottom half’s total share of the wealth. Also notable is that the middle class did not see any increase in their total share, while the top 1% saw a similarly tiny point-five percent increase (Side note: Remember that the top 1% includes a very wide range of wealth distributions – $10 million and $10 billion are both part of the 1%. This distinction will be important in the next paragraph).

What this means is that from a wealth standpoint, Trump’s highly touted economy has not really made anyone better off – unless you are a billionaire or ultra-billionaire, in which case you are probably making more money every minute than most Americans make in a year. Otherwise, the Rich are still rich and the Poor are still poor and the Middle Class is still stuck right in the middle. Kudlow and the Trump Admin can throw that 47% increase around or tout huge gains in your 409k, but the reality is that a booming equities market doesn’t do shit for regular Americans given that as of 2018, 84% of all stocks were owned by the top 10% of households, and that number gets even wonkier when you filter out the Bezos and Buffet types who have real shareholder power.

So, is Kudlow a moron or just a shitty actor trying to pass off a big nothing-burger as a Trumpian accomplishment that the poorest Americans can get excited about? My guess is the latter, given that this administration excels at disseminating misinformation and propaganda, though I would not be surprised in the slightest if it turns out that Kudlow struggles with fractions. But either way, I am definitely looking forward to Richard Jenkins playing Kudlow in the eventual movie adaption of this shitshow.