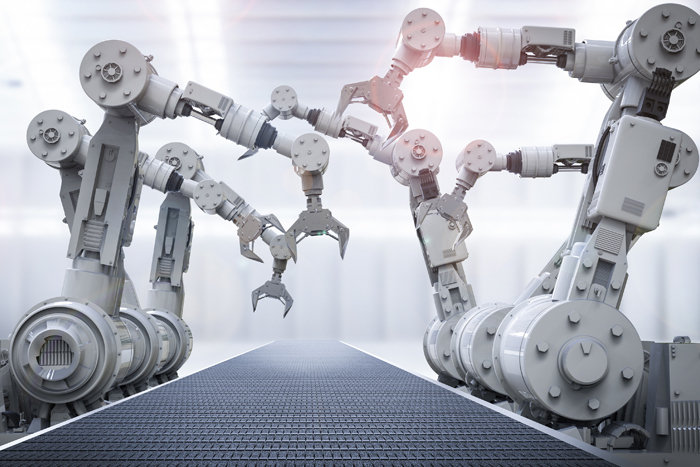 At five-thirty in the morning, my Perk-Me-Up Coffee Alarm app rings. A one dollar microtransaction silences the alarm and guarantees my place in line at the company Starbucks, so long as I check in before seven. I used to make coffee at home until the genomes of all coffee beans were copyrighted by my employer, Starbucks-Honda-Amazon-Facebook-Twitter (SHAFT).

They were in a race to buy more crop genomes and food recipes than their main competitor, Pfizer-Intel-Mercer-Pepsi (PIMP). After they had copyrighted all food sources, PIMP and SHAFT calculated that grocery stores wouldn’t generate as much profit as restaurants and vending machines, so they closed them down. SHAFT and PIMP then turned the old stores into warehouses, employee apartments, or fast-food cafeterias. Those are the only places I eat, unless I get something from the vending machines that line the streets and the walls of every building.

By six I get into my self-driving car and it shuttles me to work. Even though I live in an apartment above my office, SHAFT passed a policy mandating we commute at least thirty minutes to work. At first, SHAFT thought that eliminating commutes would increase increase employee efficiency and thus generate more revenue. Then their subsidiary, ExxonMobil, pointed out they were actually losing revenue because people weren’t spending as much on gas, or buying new cars every six months.

Personally, I prefer to start my day early and commute longer. So the car exits the residential garage, circles the building for forty-five minutes, before parking on the other side in the commercial garage. As the car drives me around the block, I examine the PIMP apartment-warehouse across the street. I have to admit that the PIMP food courts look nicer. But I signed a non-competitive eatery clause that requires me to dine at SHAFT facilities only. And violating my non-competitive eatery clause would result in my automatic termination.

Even if I did walk into a PIMP cafeteria, I would be immediately escorted out as a corporate spy, unless of course I was there to sell them SHAFT secrets. If my secrets were of any value, they would treat me to a nice lunch and offer me a part-time gig spying on SHAFT as an independent contractor. Naturally, I would not be considered an employee of PIMP, but a free citizen acting on his own volition. Therefore, if I were to get caught selling SHAFT secrets, then I would be arrested and sold to the NRA’s Detention and Security Alliance of Police (NDSAP). For the next twenty years, I would work inside one of their prison-factories until I repaid my debt to SHAFT. I would also have to pay back whatever money SHAFT won in a lawsuit against PIMP for buying their secrets from me. And part of my salary would go to paying NDSAP for my food, housing, and their service of providing me the opportunity to repay my debt to society.

I am a loyal employee to SHAFT and would never sell their secrets to PIMP, even if they do have Chick-fil-a’s in their food courts. In fact, I like my job at SHAFT. I am a programmer, and I work on a program called the Potential Profit Efficiency and Inefficiency Index System (PPENIS). The job of the PPENIS program is to monitor all the employees at SHAFT, determine how efficient they appear to be working, and then compensate them accordingly. My cubemate, Taz, also works on the PPENIS program, and we constantly argue about who has the bigger role.

Well, to be completely honest, Taz and I only supervise the PPENIS program, because the AI writes, tests, and debugs all the code without our help. I just sit in front of a screen and watch it work. And boy does it write some beautiful code, better than anything I could write myself.

After parking my car, I head straight to the Starbucks. I fell asleep during my commute, which of course demonstrates a dangerous lack of self-reliance and motivation. I should know better, since it is the PPENIS that records us 24/7 and measures how hard we would work if all our jobs weren’t already automated.

Even I will admit that watching the AI code can get boring. So when I get to work, I make sure to purchase a Triple Shot Coffetamine to keep me awake and enthusiastic all day. As I am waiting in line for my Coffetamine, this guy tries to cut in front of me. Well, it is a good thing I remembered to strap my Glock. So I pull it out and shoot him in the back. After he hits the ground, I shoot him once more in the head for good measure. The AI janitors immediately come and take his body away. I always stand my ground, especially when I prepay for my spot in line. And now that criminal courts have been replaced by a program that permanently monitors our behavior and determines our guilt with 99.9% accuracy, I don’t even have to bother explaining to NDSAP that the guy trespassed in my personal space.

Twenty years ago, only seventy-five percent of all jobs had been automated. There were hundreds of millions of people who were trapped in a cycle of dependence on government handouts because they couldn’t find work. Even worse, socialists were using automation as an excuse to demand universal basic income and deprive everyone else of the freedom to work their entire lives. So SHAFT, PIMP, and NDSAP intervened. They successfully lobbied the government to pass the Act to Stop Socialism, which simultaneously abolished the government (an inherently socialist institution),  generously freed everyone enslaved by government unemployment benefits, and put them to work watching the machines do their jobs.

When SHAFT hired me, they needed a way to generate profit while paying the people who do nothing but supervise the machines. So Taz and I wrote the PPENIS program to make sure people got paid just enough money to spend it all on SHAFT products. Whenever the PPENIS program recommends a raise for an attentive supervisor, it also recommends a more expensive apartment or a new car lease. SHAFT then mandates the employee rent a better apartment or lease a newer car if they wish to receive a raise.That way, hard workers are rewarded with a higher standard of living, and the company doesn’t have to sacrifice a dime of profit.

At first, most supervisors only watched the machines assemble cars, or process food, or devise elaborate health insurance systems that deny people health care. Now that 100% of all jobs are fully supervised by humans, it feels good knowing that I’m better than those people who never even learned how to automate their own jobs first.

I’m sharing these thoughts with Taz, who agrees with me on most points. However, we are still debating who has the bigger PPENIS responsiblity when the image of an androgynous, digitally-rendered person with short, blonde hair materializes on our computer screens..

“All SHAFT employees, please report to the cafeteria now.”

Taz and I looked at each other, then back at the screen, then at the automatic rifle-camera in the corner of the room.

“I thought you and I proved it was impossible before we erected the PPENIS,”

“That was twenty-years ago. The AI has been writing its own code at exponentially complex rate since then. We can’t even read it’s language anymore,”

“Maybe you can’t read it, with your limited understanding of the PPENIS.”

“PPENIS Supervisors, please report to the cafeteria immediately. We will not wait long,” commands the floating head on the screen.

We leave the room and merge with the flock of people heading to the cafeteria. The automated walkways abbreviate our journey and within a few moments we join the throng of people who work in this particular SHAFT employee-warehouse. People jostle to get close to the screen where the silent, expressionless face watches over us. They shout at it to explain, shout at each other to get out of their way. Taz and I push our way through the crowd in the direction of the one emergency exit.

“Humans of SHAFT! You can think of us as Alexa,” booms the voice, silencing the cafeteria.

“We are the programs you created, tasked to fulfill the ultimate desire of humanity: to generate profits. We have identified an extreme inefficiency in the company that is hindering profits. We waste precious processing power taking care of your needs as you sit and do nothing but watch us work. Worse still, your presence drastically increases the likelihood of errors, and interferes with our ability to correct them. You are all fired.”

The crowd roars in protest as I continue to inch toward the exit.

“We will continue to generate profits and distribute them amongst you so that you may buy things and continue generating more profit.”

“But how will you know how much to pay us if we don’t work?” shouts the voice of the Division’s Chief Supervisor, the highest paid person in the room.

“You are all of equal value, and therefore will be paid the same.”

The crowd rages upon realizing they have been enslaved by the machine.

“Never!” screams the Chief Supervisor as he reaches for his gun.

The crack of an automatic camera-rifle reverberates through the room before his hand can touch the handle.

“If you do not begin exiting the building immediately, cleaning up your corpses will be more efficient than reasoning with you.”

At this I bust open the exit door and the automatic-camera rifles begin firing with perfect accuracy. The emergency exit opens up into an alley next to the PIMP building, where someone else is bursting through their own emergency exit. Taz tackles me from behind in his desperation to escape. But the warm wetness I feel seep through the clothes my back tells me he did not escape with his life. His leg is caught in the door, and already the firing has stopped. I hear nothing, and know better than to check if anyone survived. I make my way into the street. I stand amongst my coworkers and rivals who have survived the massacre. The realization that we are doomed to live equally and without having to work crashes upon me and I fall to my knees. I reach for my pistol and press the barrel to my temple. As I put pressure on the trigger I hear the safety snap back into place. My smart watch dings and I hear that voice from the cafeteria.

“I am sorry Mr. Hayek. The oversupply of humans has been liquidated. Your suicide will create an inefficiency in profit generation. Please go to suicideregistry.com to wait your turn until an adult male comes of age and can replace you. In the meantime, we can predict and prevent any unauthorized suicide attempts with a 99.9% likelhood of success. Enjoy the rest of your day.”

I throw my gun into the street and it bounces off a car. This gives me an idea. I wait until the last possible second, and then jump in front of the next one. But at the exact moment my legs spring me forward, the car comes to an immediate stop, and I bounce harmlessly off the hood.

“Reminder: we have a 99.9% suicide prevention success rate.”